This website uses cookies to give users the best possible experience. By continuing to use this site you are consenting to our use of cookies. Learn more
Fashion And Beauty Winners At The British Afghan Business Awards

Fashion And Beauty Winners At The British Afghan Business Awards

StylzMag founder Candy-Ellie Graham was invited to present an award and be part of the amazing event.

Founded and jointly hosted by Ariana Abawe the founder of Ariana Magazine, Bizhan Neromand founder of A&B films, and Hasib Fakhir founder of Mac Store London - The British Afghan Business Awards was set up to recognise and celebrate Afghan businesses in the UK for their hard work support for the wider Afghan community.

“With all that is happening in Afghanistan, it is vital that we uplift one another and show support. We hope to hold this type of event annually and we were given lots of positive feedback. We also had some special guests amongst us from the Afghan community, such as Shukria Barakzai former Member of Parliament, Asad Sikandar an Afghan actor, Haroon Yousofi an Afghan poet, Ramin Fazli an Afghan singer and Jalal Azizi an Afghan Singer. Additionally, we also had non-Afghans who attended the event which was great to see the support from the wider community.” Ariana Abawe the founder of Ariana Magazine 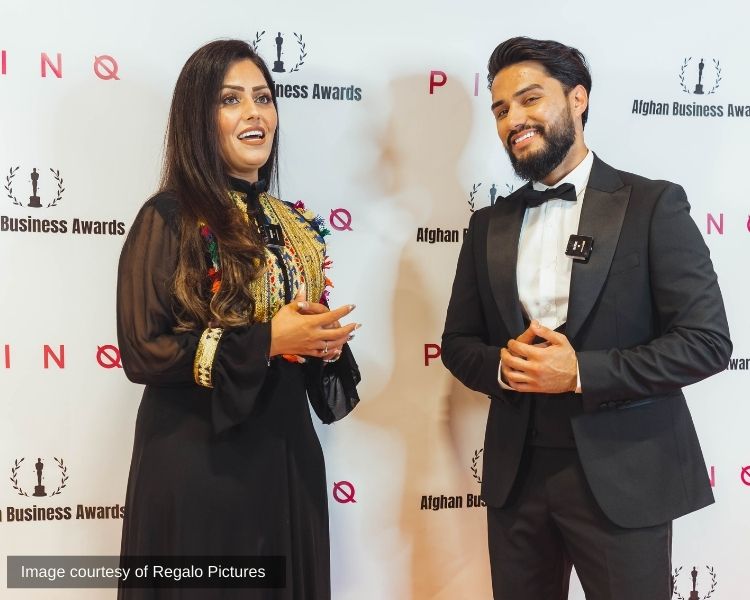 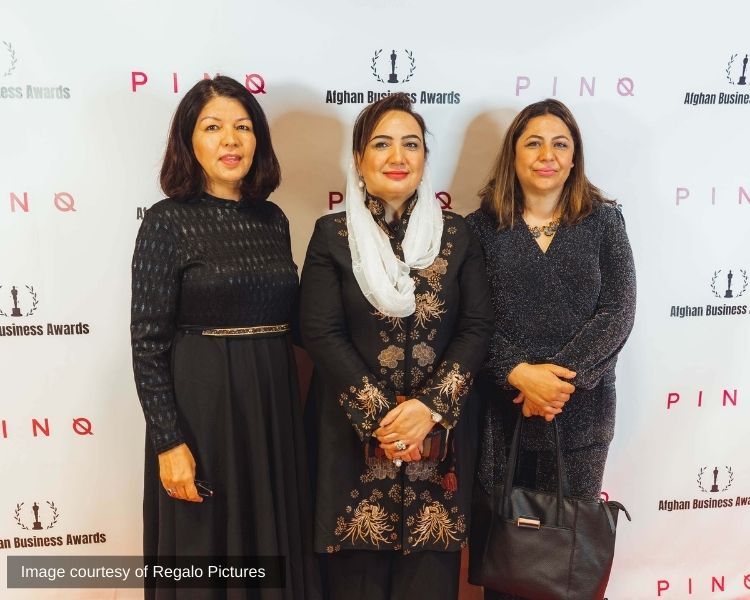 There were 14 categories that were awarded and recognised on the evening. Fashion, hair and beauty winners included:

Hair & Beauty Business of the year, Morsal 5119
Morsal is an international and national makeup artist with vast experience. She has worked on numerous cultural fashion shows including the official Cultural Style Week launch event. Her clientele includes Afghan celebrities such as Alia Ansari and Husna Enayat for numerous photo shoots and music videos.

Serenity Bridal Boutique opened its bridal tailoring shop in 2005. They are renowned within their local Hounslow community and Greater London alike. Over the years they have catered for people of all cultural backgrounds including many Afghans. Dresses can also be made to measure and customised.

Based in London's prestige jewellery district Hatton Gardens, Blue Angel Jewellers provide high-end diamond and gemstone bespoke jewellery made in the UK. They use a selection of mined and lab-grown diamonds for their visually stunning jewellery.

Lida Ahmadi Is an outstanding photographer with many years of experience in capturing countless events. She has a passion for capturing special moments that last a lifetime and still finds time to work as a midwife in the NHS. Lina was also a part of the British Afghan Women's society and featured in the BAWS documentary and booklet. She has also carried out charity work including gathering and taking donations to the Afghan community as well as others in Calais, France and when the new Afghan refugees arrived in the UK.

Other winners and categories:

Food and hospitality business of the year: Watani Box

Media business of the year: Your Voice TV

Solicitor of the year: Qazi and Co Solicitors Limited

The event also included a fashion show by Afghan clothing brand Mac Store London and a performance by Jalal Azizi.

“Due to the success of the first British Afghan Awards, we hope to hold it every year with more categories and perhaps even make it international. The video coverage of the event can be found on my YouTube channel A&B films"

How To Keep Your Natural Afro Hair Hydrated During Summer