This website uses cookies to give users the best possible experience. By continuing to use this site you are consenting to our use of cookies. Learn more
The Lowdown On Alopecia

The Lowdown On Alopecia

Alopecia has made headlines recently after the infamous oscar incident with Will Smith and Chris Rock. Whilst the actions of Will Smith have divided opinions across the globe, it is the condition of his wife's hair (or lack of) that has left many curious about alopecia, what causes it and its severity, so read on to find out more.

Alopecia is essentially hair loss and is the medical term given to describe areas on the head and body where hair has stopped growing.

There are different types of alopecia and it can be caused by genetics, hair damage and can occur for no reason at all and it can affect anyone.

Celebrities with the condition include Sinead O Connor, and Jada Pinkett Smitth. Speaking about her alopecia areata, during a May 2018 episode of her Facebook Watch series, Red Table Talk, Jada Pinkett-Smith said “It was terrifying when it first started. I was in the shower one day and had just handfuls of hair in my hands and I was just like, ‘Oh, my God, am I going bald?’”  Since then she has accepted the condition and shaved her head.

Check out some of the primary causes of Alopecia below via Alopecia UK.

Primary scarring alopecias (also known as cicatricial alopecias or scarring hair loss) are a group of conditions that destroy the hair follicle, replace it with scar tissue, and cause permanent hair loss. In Central Centrifugal Cicatricial Alopecia, hair loss starts in the centre of the scalp and slowly spreads outwards. 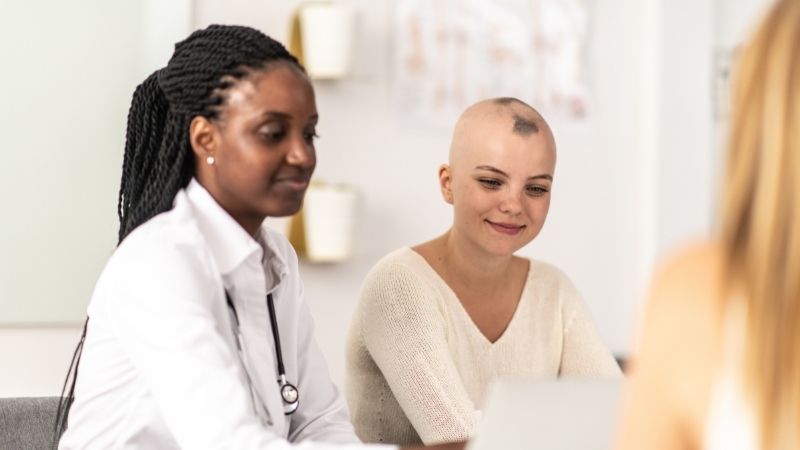 Chemotherapy-Induced Alopecia (CIA) is when the hair falls out following chemotherapy. It is one of the most visibly distressing side effects of commonly administered chemotherapeutic drugs.

Primary Scarring Alopecias (also known as cicatricial alopecias or scarring hair loss) are a group of conditions that destroy the hair follicle, replace it with scar tissue, and cause permanent hair loss. In Lichen Planopilaris, patches of scalp appear, most commonly on the sides, front and lower back of the scalp.

Traction Alopecia is when hair falls out because it has been pulled in the same way for a long time. This condition is often caused by tight hairstyles, relaxers or extensions.

Trichotillomania is a psychological condition, where you cannot stop pulling out hair, which leads to hair loss. The most common places that people pull hair from are the scalp, eyebrows, and eyelashes.

Hair doesn't just start falling without signs. Knowing the early symptoms can aid in quick diagnosis and treatment. Here are some of the early signs:

If you notice any of the above it is best to seek medical attention to rule out anything more serious. To prevent further hair loss you can also:

Some Alopecia Treatments include

Topical immunotherapy is a medical process of triggering an allergic reaction on the scalp. It seeks to stimulate the immune system to support more healthy hair production.

It also involves the application of a chemical to the scalp to aid blood flow to the hair follicles.

This treatment option is similar to topical immunotherapy. It also stimulates the immune system to promote hair growth.

Alopecia could occur due to several factors. Whether it is age-related, chemical-triggered, or traction-caused, it is best to have a doctor diagnose the condition before attempting to treat or self medicate.

Get Ready For Cultural Style Week 2023!